I've decided to hack Astros County's hot links, because that's the kind of thing I like do (and AC really need a brake).

The Astros lost in the 13th inning. Not really in the mood to talk about that one.

Reid Ryan was inducted into the Round Rock Express Hall of Fame. He is the sixth member of said Hall of Fame.

Gerrit Cole is expected to miss only, "one start" which means he'll be available for the playoffs. In all seriousness, I like the approach the Astros have taken with injuries. The Astros have a significant lead in the division. There is no rush to get Cole or any other player that feels discomfort back into the starting lineup. I've already planned to take a week off for the day games the Astros will play in the division series.

Rogelio Armenteros will start Saturday's contest against the A's. He'll make one start and be sent back down. Martin Maldonado is expected to catch.

Hinch on Armenteros:
“He’s thrown very well. Righties [perform] better than lefties against [the A's] lineup, and we think he’s the right option for us.”

Armenteros has allowed 8 ER in 14.1 innings since being sent down. Six of those came in his July 28th start, in which he only lasted 2 innings. In the last two games he's allowed 2 ER over 12.1 innings.

While putting this post together the below poll was thrown up on the broadcast. I'll take Jose Altuve all day. ALL DAY! 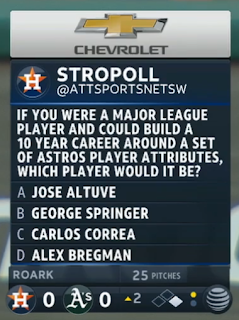 Altuve's similar batters through age 28 include five Hall of Famers:

For those curious about the other guys Hall of Famer similarity batter scores through similar age:
"The Astros represent the promise land, the big rock candy mountain of baseball," according to the New York Times and Asher Wojciechowski. Wade Miley, A-a-ron Sanchez, and Zach Greinke weigh in on the Astros revolution.

Here's a money quote from Miley, “I checked the data and it was spinning faster and it had more break on it. It’s amazing.”

During the broadcast Todd Kalas mentioned that Justin Verlander needed 73 strikeouts to get 3000 strikeouts this year (he had four strikeouts into the game at this point). With eight more starts he has a chance. 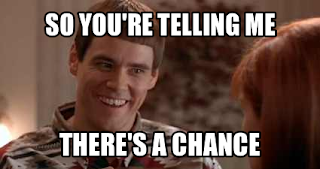 He finished the night with strikeouts. Prior to tonight, Verlander has a 2.65 ERA and 84 strikeouts at The Coliseum. 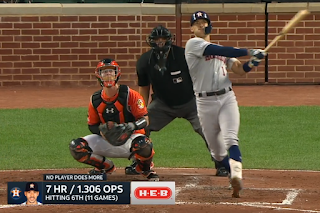 Altuve and Correa being healthy helps this team go deep into the playoffs. The fact that Correa is hitting 6th is crazy!

The dude that lit up the radar game and signed with the A's, struck out the side in his organizational debut.

Beyond the Box Score looked at Bregman's strikezone. Un-surprisingly, he's pretty good at identifying pitches out of the zone.

USA Today does an article on the talent that never made an impression on Houston. J.D. Davis and Ramon Laureano are highlighted in this article. This is what happens when you've got talent out the wazoo.

Keep an eye out for Jojanse Torres. He's currently at the Fatetteville affiliate.

Ewan McGregor is in in negotiations to reprise his roles as Obi-Wan Kenobi.

How to use Google for Open Source Intelligence. You Already do a lot of this. Learn how to be better.