We need to talk about this Atlantic piece

No, not The Athletic. The Atlantic. Specifically Olga Khazan's "What To Eat in the Texas Suburbs" article. A lot of great work was done in a thread by Andrea Grimes, but I feel like this is worth dissecting.

We'll start at the beginning:

In my daily life as an East Coast journalist, pretty much all I eat is lentils, salad, and lentil salads.

Self-deprecating! East Coast Bias! I'm on board so far.

The thing is, I recently returned to my homeland, Texas, for a reporting trip. Before you ask, hipster, I'm not from Austin, or even Houston.

I was not aware that asking where someone was from was hipster-y, but what do I know?

I'm from the gosh-dang suburbs of Dallas, where lentils and salads are less plentiful, and beef and cheese are...more so.

Dallas has a GrubHub section specifically for Lentil Soup delivery in Dallas. But the point is taken, it's easier to eat beef and cheese in Texas than on the East Coast...I guess?

Midway through it, I traveled to the small town of Wichita Falls...

Hold the phone. In what geographic system is Wichita Falls in "Central Texas?" 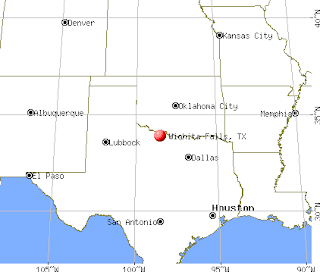 If you're doing that snarky "North Texas is South Oklahoma" thing, then maybe I can see it. But it's 23 miles from Wichita Falls to Randlett - the first town you would hit in Oklahoma if you took I-44 North and exited at Highway 277. That's not "Central Texas," by hundreds of miles.

We're dancing between "aware of your own privilege" and "disdainful" here, and I don't like it. I can get Halo Top at my local HEB. It's okay. Tap water is fine.

I have returned with, for now, a brief travelogue of things I ate...Here is what you should eat if you ever find yourself in North-Central Texas.

By "for now," do you mean that there could be more? I'll pass. I trust her judgment on "what I should eat" as much as I trust her geographic ability.

Square Burger - My hometown of McKinney...

...has not many outstanding non-chain restaurants, but this is one of them.

The ten highest-rated restaurants in McKinney on Yelp are not chains. And no, I don't consider a restaurant that has a location in McKinney and one in Frisco to be a chain. What I think Ms. Khazan was trying to do was...well...I don't know, really. I'm starting to think the premise of this entire article is suspect.

Very good hamburgers, and even - in a surprise move for Texas - a salmon one.

Oh for sure. It's so surprising that you can get a salmon patty on a bun in the richest county in Texas, located in North Dallas.

They were out of the pea soup when I went, but the waitress assured me that "people like the cauliflower soup just as well," so I ordered it, and, sure enough, it was just as good as the pea soup of my imagination.

The imagination in question sucks. And, hey, isn't the split pea a legume? Isn't a lentil another variety of a legume? Yep! So in her opening paragraph, she's lamenting the lack of availability of lentil soup and IN HER OWN HOME TOWN they had sold out of a similar variety of soup?

In-and-Out - North Texas got this cultish burger joint in 2011, and now every time I'm back, I drive through, roll up my windows, and pretend I'm in California, where I first enjoyed In-and-Out on one of my brief rumspringas from veganism. Except in Texas the servers are less stoned.

Wait wait wait wait wait. In an effort to inform the readers of The Atlantic what they should eat in the Texas suburbs, they should eat at...not a Texas restaurant? By God, go to Whataburger and describe the joys of the Jalapeno & Cheese, the Patty Melt, or the Monterey Melt. This article is telling readers what to eat in the suburbs if they want to pretend they're in California. Invalid.

Chick-Fil-A - The company's purpose is to "glorify God by being a faithful steward of all that is entrusted to us."

I bet you can see a religion joke coming a mile away.

I entrust them to make chicken, and God, do they steward it successfully. I had the chicken minis, which are essentially chicken nuggets laid respectfully on butter-sodden biscuits. Nearby, two children whined and their mothers threatened to take them home, and I learned the meaning of the phrase Kids these days don't appreciate what they have.

There are seven got dang Chick-Fil-As in Washington, D.C. I bet if the precious, coddled, organic Washington, D.C. resident clicked their heels and hopped on the Metro, they could appreciate what we rubes have down here within about 20 minutes.

Taco Bell - Because Wichita Falls doesn't have many other good lunch spots...

Literally the first 20 restaurants listen on Yelp in Wichita Falls are rated 4.5 stars or higher. The 21st is Texas Roadhouse which, obviously, is a chain.

...and because Doritos Locos Tacos are a miracle of modern engineering. I got the "fiery" flavored shells, which are as red as a patriot's heart. The cashier seemed to know everyone in the place, which just goes to show you that fast food is soulless only if you already don't have a soul.

Ahhh the down-home folksiness of the Texan. Crazy to think that a restaurant - even a fast food one! -  wouldn't have regulars.

DQ - When I was a kid, this place was called "Dairy Queen,"

Yeah...there's four of those in the DC area. And guess what else? THEY'RE ALL CALLED "DAIRY QUEEN."

but some locations have since rebranded to "DQ Grill and Chill."

Cool. Anything that ends with "...and Chill" tends to be pretty sexy.

...I paid homage to the original name and ordered a blizzard: soft-serve ice cream embedded with various types of candy.

Wow I bet no one has heard of that backwards practice back east!

Texan cashiers tend to ask "What else?" at the end of your orders...

must be good for sales

but helps explain a lot about the obesity epidemic.

In any case, after the blizzard, I wanted nothing else.

Put some got dang respect on it and capitalize 'Blizzard" or get its name out your keyboard.

Flying out of Dallas Love Field, the world's best airport

There may be some truth to that. It's better than DFW, for sure.

And the credibility is once again gone. You wrote a travelogue about what to eat in Texas suburbs and included an airport Dickey's? GTFO.

for some beef brisket (not pork, this isn't North Carolina).

I actually would like to read about a travelogue from the writer about what to eat in the North Carolina suburbs, provided that it gave equal treatment and told me about the Charleston Wendy's.

They will give you a beer, but you have to drink it right there in front of them. (Not walk all around the airport with it, this isn't Europe.)

I'm willing to bet $5 that the [snicker] Love Field Dickey's will let you take your beer to your table, and not require you to slam it at the register like you're in front of some fictional Old West handlebar-mustachioed employee while maintaining eye contact with them.

Return to the East Coast and do a cleanse.

Ah! We've come full circle! Well done. Wrap up with a reference to how you opened. Classic J-School prowess right there.

But wait! There's an update:

Folks, it was "what I ate" not "best things to eat," and sorry I didn't mention your favorite Plano lentil joint. As I mentioned, I'm pressed for time these days, thus the fast food (which, as I mentioned, I enjoyed.) For the same reason, I'm loggin' off the old Online for a bit.
— Olga Khazan (@olgakhazan) June 13, 2018

The tab for the article literally reads "The Best Fast Food Near Dallas, Texas - The Atlantic." The headline is literally "What to Eat in the Texas Suburbs." And before you give me the ol' "Read the Article!" crap, I know she said that it's a travelogue of what she ate. She ate fast food, and then went East Coast Elite on people...who eat fast food. But enjoy that cleanse!
Posted by Astros County