*Richard Justice takes a look the MVP races in both leagues. Brian McTaggart writes that Altuve is a worthy MVP choice. The MVP will be revealed at 5pm on MLB Network today. While I feel good about Altuve's chances I'm still nervous that Aaron Judge is going to win because HOMERZ and NOO YORK. I don't know why this matters to me (*actively tries not to apply that last thought to everything about the Houston Astros*). 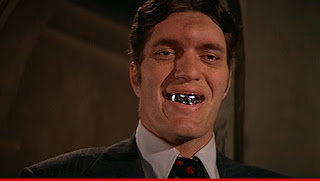 *Jeff Luhnow still thinks Derek Fisher is ready for left field, but didn't rule out filling that hole in free agency. But Kyle Tucker is coming, so it would be a stop-gap free agent, if necessary.

*Monday is the deadline to put eligible minor-leaguers on the 40-Man Roster in order to protect them from next month's Rule 5 draft. It's been about three years since I've gotten jazzed up about the Rule 5 draft, mainly because the Astros aren't in a position to need to find the next Johan Santana in order to not lose 100 games. Still, guys like Ramon Laureano, Jon Kemmer, and Dean Deetz will either be placed on the 40-Man or run the possibility of getting Delino DeShields'd. Jake Kaplan runs down the decision on Laureano.

*Before you get all steamed up about Jon Heyman's report that the Astros are showing interest in Jonathan Lucroy, please remember all those Inside Baseball columns where his only notes on the Astros were obvious stat cherry-picking from Baseball-Reference or "Huh, Alex Bregman seems pretty good" lines.

*Holdt up. Jim Crane on the possibility of Giancarlo Stanton coming to Houston:
Don't think we haven't thought about how easily the ball would go out in our ballpark...No one thought we'd take on Verlander and we got that one done by the skin of our teeth. There are only four or five teams that can take on that kind of contract at this time and we are one of them.

*Here's an interesting article with a whole bunch of, like, science, and stuff: How the Astros used a new shoulder test to monitor fatigue.
A strength assessment for the shoulder rooted in judo, devised by a soccer physic, tested in rugby and administered with a tool associated with the lower body has been adapted for baseball and used this past season by the World Series champion Houston Astros organization.

My favorite part of this story is this line: "Astros Sport Scientist Jose Fernandez declined comment when contacted by SportTechie, citing club policy."

*MLB will premiere an Astros World Series documentary at UH's Cullen Hall on November 21. Tickets are $25.

*The Twins voided a $3m contract with 16-year old Jelfry Marte, one of the top international prospects coming into this signing period. But please keep bringing up Brady Aiken.

*Grampa Pete is at it again: