I know that not all of our readers are on Twitter, but the below post is good information for everyone. Those of you who do follow us on Twitter may have already heard about some of what is detailed below. You may see this cross-posted to a few blogs as we attempt to raise as much awareness as possible. I am not the author of this. This information is the result of several people working together to try to make our group of fandom a little safer.

Opening day brought a little more excitement than Astros Twitter was expecting. Outside the excitement of a new Astros season, you may have missed that another #AstrosCatfish emerged, and this one is big enough to feed a family of 50.

Before this story gets told, please remember that there are very real dangers on the internet. The Astros Twitter community is, in my opinion, a great place to make friends, talk about the Stros, and have a good laugh. Unfortunately, it is also another place where you can’t completely let your guard down. As we reflect on some of this, please take these few tips to protect yourself and others in the community:


In general, just lookout for other people and try to keep this environment a good one for everyone.

First, let’s reflect on what has brought us here. Many of you may be familiar with the Twitter account, @McCullersManiac. Some of you may have seen this person as an online friend or a foe during the recent #AstrosTwitterMadness and #AstrosTwitterNIT. These contests are actually where the unraveling began so we’ll start from there.

During #AstrosTwitterMadness, @McCullersManiac was very vocal in his solicitation for votes. He offered prizes such as a signed ball from Lance McCullers and tickets to opening day. The “winner” of the opening day tickets turned out to be Julia DeBerry (@jbvdeberry – go follow her, she’s cool). When her husband, Dustin (@dkdeberry – follow at your own risk), went to arrange for the tickets to be picked up, he was met with: 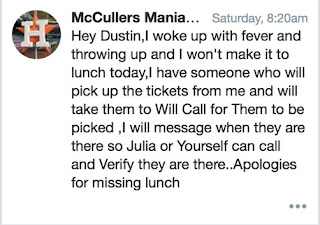 And then on Monday, Opening Day…

Well, this is odd. Telling someone they won tickets and then completely sketching out on them. Not unheard of, but deleting your account as well? That seems excessive. Why take such extreme measures just for overpromising?

Once this was posted, the floodgates seemed to open up about this character. Just some of the claims made by this person include:

Although sketchy, none of this really warrants more than just ignoring someone and moving on. As things started to progress throughout the day, some more disturbing claims began to trickle out.
Interactions with the person behind @McCullersManiac were exposed by multiple people, mostly female, within the Astros Twitter community. Some of these interactions included attempts to manipulate women, becoming prematurely intimate through text and DM’s, arranging dates then “ghosting,” and solicitation of nude pictures.

Here’s where things started to take a distinctly weird turn. While discussing these interactions, it was noted that @McCullersManiac was a late 20’s male and presented the following pictures as himself: 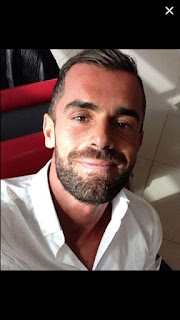 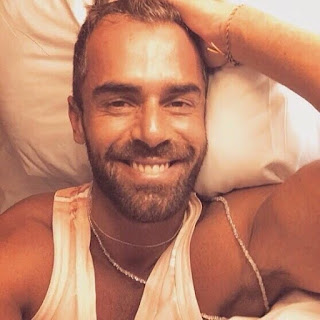 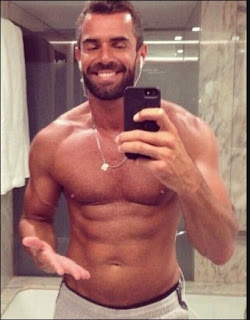 Good looking dude, amirite? Well, someone is but it isn’t @McCullersManiac. A reverse image search of these images shows that they were used in a previous dating website scam. The original source of these images hasn’t been discovered, but there is a pretty high confidence level that it isn’t him.

Also, @McCullersManiac has been many accounts before. There may be more out there, but here is a list of the Twitter Accounts that have been connected to this person:


Now you’re probably wondering at this point, who is @McCullersManiac? And that is a good question. He told multiple people that his name was “Chris,” some that it was “Mike,” and others that it was “Shane.”

@McCullersManiac is actually a mid-40’s male that lives in SE Texas named Chris S. (The decision was made not to publish his last name, but we’ve independently verified the information we found with information he provided himself, and a matching Facebook profile was found.)

So where do we go from here and what do we do with this information? Well, for starters, we need to be on the lookout for any future accounts this individual may try to create. He has been active in Astros and other Houston sports related Twitter communities for at least 2 years. In general, it’s good to be cautious of any followers that are familiar with inside jokes despite being a new account and anyone that claims to be highly connected with tickets or inside access.

It should also be noted that everyone involved feels like we’ve only scratched the surface of this individual’s actions. Please don’t hesitate to share your experiences and shine a light on this person.

To Chris: Stop doing this. You’re playing with fire and it wasn’t hard to figure out who you are.

To Astros and Houston Sports Twitter: Let’s take care of each other. We’ve come together around teams that we love on a platform that allows us to interact freely and openly. Let’s be vigilant but not let one idiot ruin it.