Just a quick reminder of how far the Astros have come

Remember when the Astros won their first game in the American League??  Bud Norris out-duelled the Arlington Rangers in the first game of 2013.  Photos like the one below were doing the rounds at the time - mostly because they were expected to be bad.  The Astros fulfilled expectations, winning only won 50 more games of the remaining 161.  This photo is from 1 April 2013: 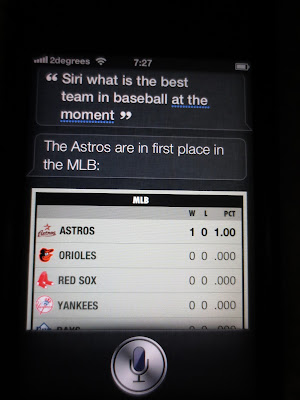 Channelling that thought, I made sure that I took the following photo after the first game of the 2015 season.  This photo - because I am somewhat technologically challenged, is also literally a photo of the screen of my work computer (plus, hospitals block software that can take screen grabs for obvious reasons). 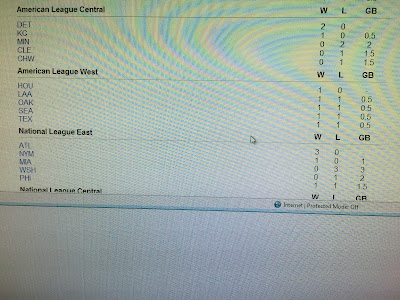 It is a terrible photo, and I apologise for that.  However, I was so pumped that the Astros were at the top of the AL West that I wanted to preserve that image for prosperity.  I needn't have bothered, because they stayed in first for most of the rest of the season.

Six months later, here we are.  The Astros are making their first postseason appearance in a decade.  If they get through today, they progress to a winnable matchup against the Royals.  The best part of it all, as I wrote in the G162 recap, was the you can easily imagine significant improvement in the Astros teams of the next few seasons.  There is hope, readers.

Best of luck to the Astros for tonight.  I will see you for the Postseason Game Recap in 8 hours or so.