You can't count on the A's for anything. The Rangers beat the A's 8-1 to extend their division lead to XX. But hey, the Twins lost to the Indians! So here we are:

The Astros' division odds are now a meager 10.9% while their chances of holding on to the 2nd Wild Card spot are at 71%.

McHugh said the team knows what's up with the Rangers coming to town tonight:
You know it's important. Everybody knows it's important. They're in first place. We get them at our place. We're chasing them, and these are swing games. There's no zero sum gain. You win, they lose. You gain a game or you lose a game. That's the way it is. For us right now, it's about winning games.

Hinch wants the AL West:
It's really important to focus on winning the division. If you set your sights too low, the downside of that is out of the playoffs. You have to keep your sights set really high, and if you end up falling back into the next scenario below that, the wild-card game and the one-game playoff, I want our guys focused on the division.

Jim Crane said that if the Astros don't make the playoffs, he's going to castrate somebody be disappointed:
With the team improving considerably this year, we've also gotten some more people in the ballpark and created a little excitement. It would be a big disappointment if we don't at least get in the playoffs as a wild card, so they have some work to do...A lot of guys have come through. You've seen the farm develop over the years. We got Carlos up. We've had a few injuries that kind of set us back with some of our key players...I think it's great.

Jerome Solomon talks about Crane looking forward, not back.

Delino DeShields is the Rangers' spark plug:
I think it was just somebody just giving me a chance, and being straightforward and telling me what they expected of me and what they wanted; just being real with me from the beginning. They told me that I was going to be a fifth outfielder in the beginning, but opportunity may come later on down the road where you can do something. 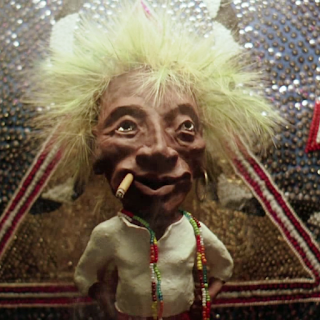