On the Cubs and drafting Kris Bryant

If the entirety of your baseball universe is comprised of the Astros and the Astros only, you have likely not heard of Kris Bryant since 2013, when the Astros passed on Kris Bryant with their 2nd of three consecutive #1 overall picks in order to select Mark Appel.

It was pretty clear before the draft that the Astros had "narrowed" their 2013 1-1 pick to Stanford's Mark Appel, University of San Diego's Kris Bryant, Oklahoma's Jonathan Gray, North Carolina's Colin Moran, and high schoolers Austin Meadows and Clint Frazier.

Baseball America's Aaron Fitt said he would take Kris Bryant over both Appel and Gray, simply because of Bryant's "special power bat."

Then-beat writer Bryan Smith tweeted on May 22 that the pick was really between Appel and Gray, but that the Astros wouldn't actually decide on a pick until everybody got together in Houston.

On May 30, MLB.com's Jonathan Mayo wrote in a mock draft that there were "whispers regarding Bryant and Moran, but Gray is still the pick."

Of course, a week later, the Astros selected Appel. With the next pick, the Cubs selected Kris Bryant over Jonathan Gray, who went to the Rockies with the next selection. Noting "conventional wisdom," MLB.com's (former Chicago Tribune's) Phil Rogers said that Appel and Gray were expected to go 1-1 and 1-2, with uncertainty if Bryant would be selected ahead of Moran, Meadows, and Frazier.

Rogers noted yesterday in an article about Bryant that Cubs Senior VP of Player Development Jason McLeod that the Cubs had serious questions about Bryant's ability to hit. But in a one-on-one meeting with Bryant, the Cubs were sold. McLeod:
By that point, we'd already met with Jon Gray and Mark Appel. We felt like Kris, of the three, was just someone who was probably the most equipped to step into this type of market and to handle the expectations of being the No. 2 overall pick.

Ultimately, of course, the Cubs chose Bryant over Gray, Moran, Frazier, and Meadows, because of Bryant's bat. "History tells us pitching comes from all different parts of the draft," McLeod said. Having settled on selecting Bryant, the Cubs then had to wait for the Astros to make their pick, and who knew what they would do?

McLeod:
We had no idea what they were doing...Until we heard Mark Appel's name called, we didn't know.

In 2014, Appel was either struggling in Lancaster or The Keepers of Base Ball were blasting him and the Astros for the Phantom Bullpen flap. While that was happening, Kris Bryant was hitting 43 home runs across Double-A and Triple-A. And today, Kris Bryant will take the field as the savior of the Cubs' franchise and the face of their title hopes.

It's going to be difficult not to be wistful about seeing Kris Bryant. That's how this works - with every breakout star, you get this. We laugh at the 24 teams that passed on Mike Trout (Astros included). Or the 401 players who were drafted before Albert Pujols. Or the 683 players selected before the Astros took Roy Oswalt in the 23rd Round of the 1996 draft. It happens. Nothing you can do about it, but remember that Mark Appel now has a 0.90 ERA for Corpus and just close your eyes and think... 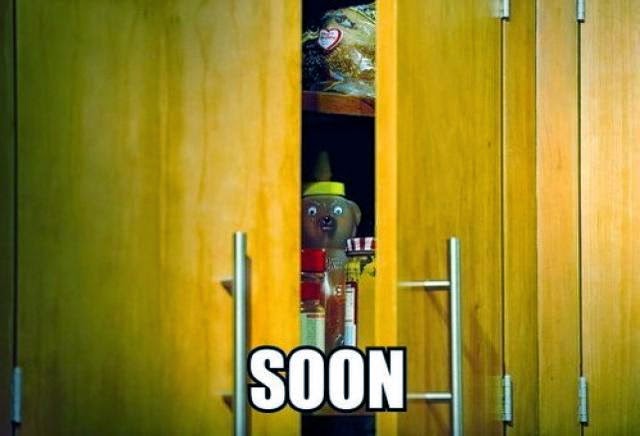