Christmas is fast approaching but and many people are off of work but somebody's gotta keep the Hot Links coming! Consider it a Christmas gift from me to you but also keep in mind it's basically the equivalent of somebody giving you a $10 Papa John's gift card so don't get too excited.

/The national media is writing very sweet things about the Astros so who REALLY won 2018??

/Chin Music Baseball breaks down the most likely landing spots for Dallas Keuchel..and the Astros aren't completely out of the mix yet. Not likely for sure, but not impossible.

/Not sure if this has been linked on this site or not but an excellent article about what the Astros may do with Josh Reddick now that Brantley is here is up on the Crawfish Boxes.

/Alex Bregman is really enjoying the offseason like any rich guy playing a sport as a job should. The full link to his latest (30 minute) Youtube masterpiece can be found here.

/It's back baby! A Bud Norris reun-i mean Britton to Houston rumors! Although this is likely still a pipe dream as Luhnow looks like he's staying internal for replacements (Bud Norris is an actual free agent by the way but bringing him back was 100% a joke please do not post backlash in the comments section).

/It may not get here in time for Christmas but if your gift recipient doesn't mind a late present or two, may I recommend you some Houston Astros themed crossword puzzle books or trivia games? The reviews are in! 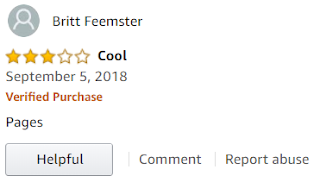 /The first ever armed robbery occurred in the North Pole. Nobody was hurt and the guy was apprehended, but it was still a memorable day for the island, who is known for having more polar bears on it than people.

I will not see you guys on Wednesday as I will be on the travelling to Maryland most of the day to have a second Christmas so I will not be posting Hot Links until Friday at the earliest so with that being said, enjoy your Xmas and I will see you guys again sometime eventually!