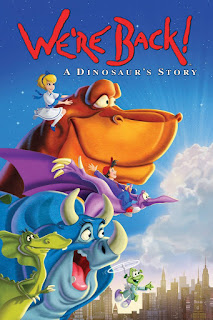 Hey! It's baseballing time again! The first half (techincally it was 61.11% of the season) is over and its time to start REALLY getting pissy about stuff that ultimately won't matter come October!

The good guys pick it up tonight against The The Angels Angels and, oh friend, it couldn't matter less. Does anyone remember last year? Not October and not even September. I'm talkin July and August. We kinda weren't that great for a good stretch. Sure the boys had a couple bright spots (Altuve batting .837 for a month, Fiers had three no hitters, Colin Moran tried to eat a baseball during an at bat), but all in all, they were kinda coasting. I remember the bitching, too. "They won't get out of the first round hitting like this!" "Keuchel may never pitch again!" "Luhnow is scared to trade guys like Cameron, Moran, Musgrove, Feliz, Perez, or Martin!" "Clint isn't ever going to get married!!" and yet what happend? That's right. I had TWO WEDDINGS in A SINGLE MONTH and the Astros won the World Cup of baseball! Suck it Frenchies!

"But ClintShane, if that's even your real name (its not)... we HAVE to sure up the bullpen! AND the bats! what about the bats?!?"

Chill out, imaginary #AstrosTwitter caricature that makes me tweet stupid things. In the playoffs, you only need about six good pitchers. And if three of those guys are shutdown and sitdown types, you're cooking with some gosh darn coconut oil, buddy. (keto, guys! it works!!) So let's say you have three starters, one guy who can start and relieve, and two guys that can come out of the pen. You're getting out of the first round in no more than four games. If the three aces are on decent rest to start the LCS, you're looking at six. And if we're being honest, does anyone in the NL scare you? Cubs have aging pitching (not to mention the master suite sized space the Stros have rented in Yu's head) and the Dodgers haven't added anything to the pitching staff that lost them the Series last year. Breweres? Braves? Phillies? Nationals? (rolling eyes emoji).

Yes, the AL is a different beast, but I'm not worried about the Red Sox or Yankees as much as the Indians. The East boys will almost definitely be down to one come the LCS due to the Wild Card and one of them likely having the best record. (prepare youselves for talk of 'MAYBE WE SHOULD RETOOL HOW WE SEED THE MLB PLAYOFFS if one of them gets knocked out by the Mariners, bee tee dubs) Of course, it doesn't matter. You have to beat good teams to win it all. The Indians have a ton of pitching, HOWWEVVUHHH we did kinda literally win multiple games off three of (if not THE three) best closers in baseball last year. Pitching beats hitting, but huge balls beat your stupid pitching.

Which brings me to my biggest take away from the 2017 playoffs. If we learned anything (and immediately forgot because of the alcohols) last year, its that playoff baseball is a sassy little minx who will leave you in the middle of the night even though you thought you brought her around from her jaded past as a stripper and online cam girl. I mean sure she wants to do right by you, but sometimes you just are who you are, ya know? Which metric would've told you that Marwin would pee pee all over Jansen in the 9th inning of Game 2? Where can I find the odds on us hitting THREE (F&$ING THREEEE) game tying home runs in Game 5? How do you even attempt to rationalize Springer's last six games of 2017? You can't. Baseball is like that. You can quantify every physical action and reaction over 162, but trying to apply those same equations to a pressure packed series, taking place over a schedule the players aren't accustomed to, you're gonna get your heart poked.

I told you all that to tell you this. The team in its current incarnation is bad ass and totally capable of winning this whole damn thing again. Adding a piece won't hurt, but they aren't screwed if it doesn't happen. Let's all go home, grab our favorite weed pen, throw on some Explosions in the Sky (Friday Night Lights soundtrack is swell) or Lucero (Tennessee has some neat tracks!), and enjoy the next 63 before we have to drink ourselves to sleep after every game in October.
Posted by ClintShane