The Astros have an awesome new CF camera (updated)

So you may have heard:


I couldn't find much information about this in the offseason, but I secretly wished for a new CF camera angle.  Santa was involved.  Previously, the camera angle was off to the 3B side of the plate by a fair way, and I thought it made strikes hard to see, and the quality of contact from the batter difficult to ascertain.

You want proof??  While, because I sometimes watch game on my iPad, and because I am old, clumsy and tend to mash buttons at random on the aforementioned iPad, I happen to have a screenshot from a random August telecast last year.  So the below photo is from 2016... 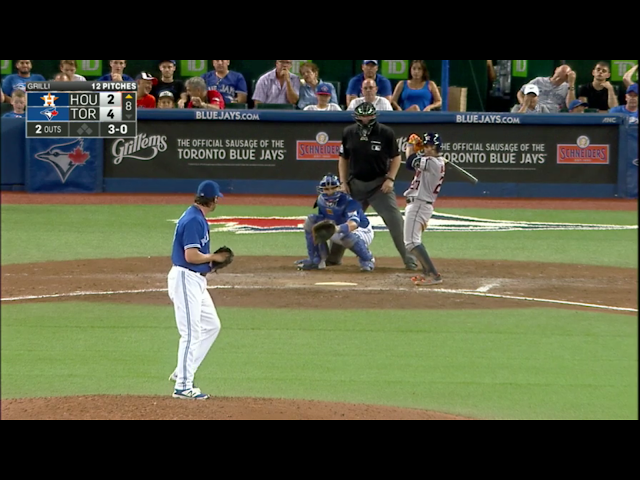 (as a wise and learned reader pointed out, this was in fact from Rogers Center, not MMP)

I think Jason Grilli may be the pitcher, and Evan Gattis Jose Altuve the batter.  But, yeah, gives a good account of where the CF camera used to be - well off the the side, and well, kind of low.

Here is a still, lifted from FanGraphs, showing a Jose Altuve home run at MMP.  This makes the point nicely about the CF camera angle.  It isn't quite as bad as the Rogers Center, but it is still low and toward the 3B side of the pitching mound. 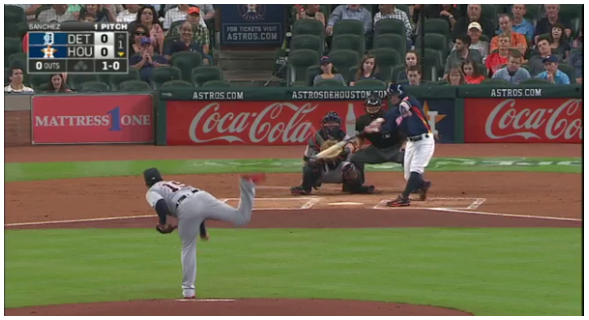 Pleasant surprise as I tuned in to the last of the televised preseason games for 2017.  Behold... 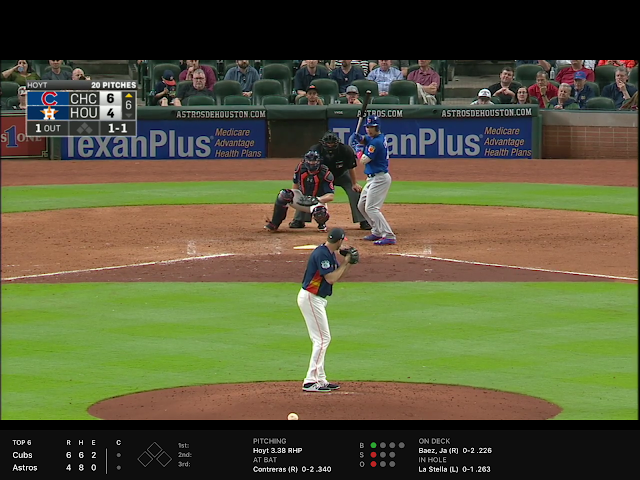 If you ever want to watch a lefty paint the corners (looking at you, Dallas Keuchel!!) then this is a great angle to have.  The camera position looks a little more elevated, and slightly toward the 1B side of the mound.  The head of some pitchers will obscure the plate at the set, but the plate is clearly seen during the pitch.  Some CF camera angles can be too high so as to make it hard to see low balls and strikes, but this one isn't.

My impression was that it was easier to see whether a pitch was a ball or a strike, and whether contact was hard or soft; or fair or foul.  Overall, I thought the angle was far superior to the last one, so all my Christmas wishes have been fulfilled, now.

(I also thought that the new TV team seemed to gel nicely, and it was a pretty solid telecast overall)

What did everyone think??