Today Harris County voters decided against Proposition 2. Proposition 2 would have issued $217m in bonds to turn the Astrodome into an event and exhibition center.

What does this mean? Harris County commissioners have said that, if the bond failed, then the Astrodome would likely be destroyed.

The math has, thankfully, been done already. The $217m bond issue means that Harris County taxpayers would be responsible for $8 per year. $8 to save the Astrodome. $8 to save the 8th Wonder of the World.

$8 is basically a #4 from Whataburger per year. It's two trips to Starbucks a year. If you sacrifice a 20-piece Chicken McNuggets meal a year, you save the Astrodome.

A quick aside: I was not born in Houston. I was born in England, so I can't become president, which is bad news for you because I would be a pretty good president. But I first became aware of baseball while I lived outside of Lubbock, Texas. We had a satellite dish, and I distinctly remember being six years old and watching the Astros/Mets NLCS in 1986 because screw the Rangers. And I remember being profoundly sad when the Mets won. My dad was/is a preacher, so we moved around a lot, and we moved to Indiana. The Cubs, Reds, and Braves were the teams I could watch in our time in Indiana - all National League teams. One summer I got $5/game to score and chart Reds games for STATS, but I wasn't exactly dedicated.

My grandparents lived in Houston, and my cousins and I (I'm an only child) would go to my grandparents' house for a month every summer. They took us to an Astros game and thanks to Baseball Reference I can tell you that the game we all went to was July 19, 1994 and the Cardinals - F the Cardinals - one-hit the Astros in a 10-0 win over Houston. Andujar Cedeno got the only Astros hit of the game.

The summer between my 8th and 9th grade year we moved to Pasadena and I started my freshman year at Sam Rayburn High School. I thought that, at any point, the color of my shirt would get me killed by somebody in a gang because it's Houston right?. I stared at a KeyMap of Harris County in an effort to look like I belonged because I knew that the House of Pies was awesome. And I also spent a lot of my time watching the Astros at the Astrodome.

I have been to exactly two NFL games. I've never been much on the NFL, but my dad and I were given tickets to an Oilers game. It was December 10, 1995. Chris Chandler started the game but was injured and a rookie quarterback named Steve McNair took over, making his first actual appearance at QB, and led the Oilers to a 24-17 loss to the Lions.

I couldn't decide if I wanted to be Ring Lardner or Jerry Maguire when I grew up, so I joined the newspaper staff. I was the Sports Editor for the Sam Rayburn Speaker my sophomore year. This was a couple of years after the Strike. The Astros invited area high school newspapers to send a representative or two to the Astrodome for a "press event." I met and interviewed Shane Reynolds and Chris Holt. Darryl Kile may have been there. Reynolds definitely was. I stood in the locker room of the Astrodome and asked some asinine questions that I can't remember and wrote in the Speaker about how baseball was awesome and the Astros were awesomer.

It was around this time that I also began to develop an appreciation for music. Given the country of my birth, I was all about The Beatles, Eric Clapton, Pink Floyd, John Mayall and the Bluesbreakers. I was the out-of-town kid who liked BritPop. My aunt would send me CDs of Oasis, Ocean Colour Scene, and Blur - the latter of which was playing in a small club in Houston (I can't remember which). But no band dominated my time like U2. I could have gone to see Blur when I became interested in going to concerts, but I wanted U2 to be the first band I ever saw live. So I skipped Blur (at Numbers, maybe?) so that the first concert I ever spent my own money on was U2, at the Astrodome. I made my boys Randy, Chase, and Jake to go with me to the Astrodome on November 28, 1997 (I didn't even have to look it up - I have a bootleg of the show) at 5pm. Predictably, we walked around for a few hours until Smashmouth opened - Rage Against the Machine opened for U2 the show before, in San Antonio, so I got cheated because Smashmouth sucks - for U2. It was magic.

One time I took a date to the Astrodome for an Astros game. I can't remember the date - and by that I mean the girl and the actual date of the game. I couldn't remember where I parked, which is something that stays with me to this day - I always take a picture of where I park at the airport - and we walked around until 12:30am until I eventually found my 1980 Volkswagen Scirocco. We didn't go on another date.

When I went off to ACU I didn't come home all that much in an effort to show that I was a legit College Guy. No showing up my freshman year to impress the chicks who were still in high school for me! But in 1999 I came home for Fall Break. So hell yes my dad and I went to Games 3&4 of the NLDS. Game 3 was the Walt-Weiss-Can-Go-To-Hell game, and Game 4 was the last major-league game ever played at the Astrodome.

When my wife, who is from Baytown and also not the girl I took to an Astros game in high school, and I lived in Abilene we went back to Houston in 2005 to let Hurricane Katrina "refugees" use our cell phones - because it was the weekend and our minutes were free - try to call their relatives and loved ones to tell them that they were safe.

And for $8, Harris County voted to tear it down. 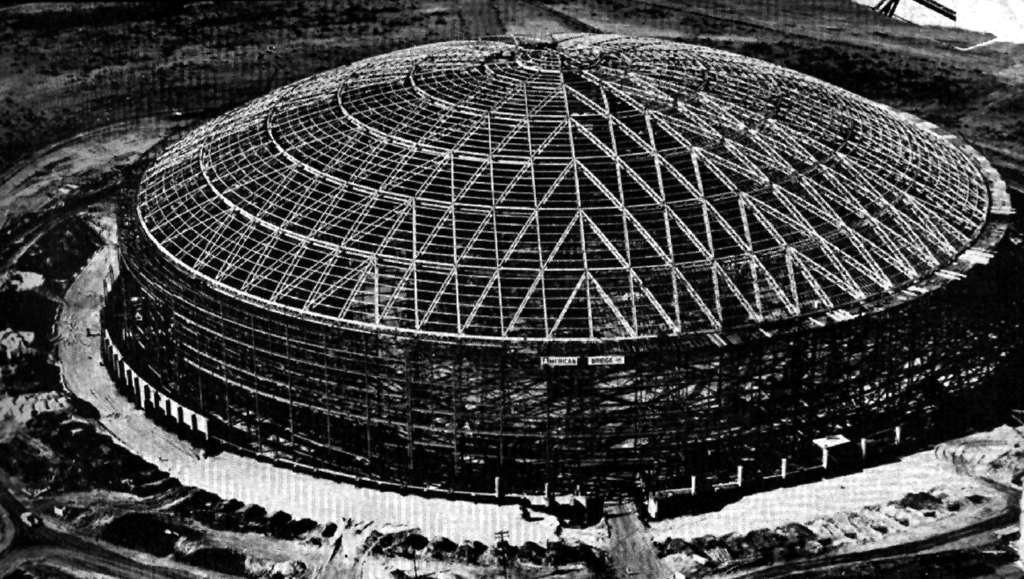